On June 8, 1949, Hollywood figures, including film stars Frederic March, John Garfield, Paul Muni, and Edward G. Robinson, are named in a FBI report as Communist Party members. Such reports helped to fuel the anticommunist hysteria in the United States during the late-1940s and 1950s. 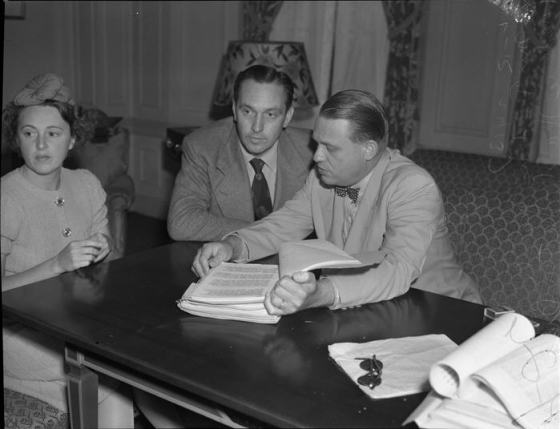 The FBI report relied largely on accusations made by “confidential informants,” supplemented with some highly dubious analysis. It began by arguing that the Communist Party in the United States claimed to have “been successful in using well-known Hollywood personalities to further Communist Party aims.” The report particularly pointed to the actions of the Academy Award-winning actor Frederic March. Suspicions about March were raised by his activities in a group that was critical of America’s growing nuclear arsenal (the group included other well-known radicals such as Helen Keller and Danny Kaye). March had also campaigned for efforts to provide relief to war-devastated Russia. The report went on to name several others who shared March’s political leanings: Edward G. Robinson, the African-American singer; actor and activist Paul Robeson; the writer Dorothy Parker; and a host of Hollywood actors, writers, and directors.

The FBI report was part of a continuing campaign by the U.S. government to suggest that Hollywood was rife with communist activists who were using the medium of motion pictures to spread the Soviet party line. Congressional investigations into Hollywood began as early as 1946. In 1947, Congress cited 10 Hollywood writers and directors for contempt because they refused to divulge their political leanings or name others who might be communists. The “Hollywood Ten,” as they came to be known, were later convicted and sent to prison for varying terms. 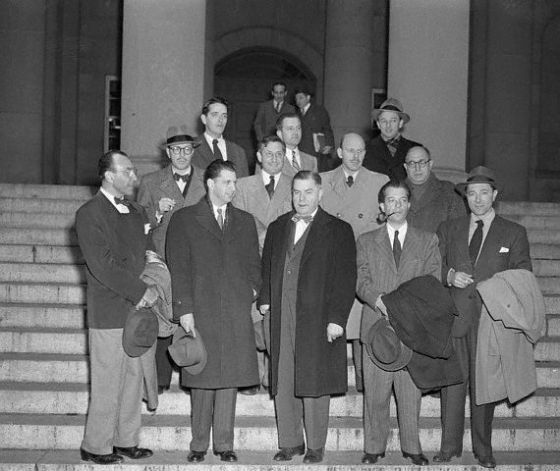 In response to this particular round of allegations from the FBI, movie tough-guy Edward G. Robinson declared,

“These rantings, ravings, accusations, smearing, and character assassinations can only emanate from sick, diseased minds of people who rush to the press with indictments of good American citizens. I have played many parts in my life, but no part have I played better or been more proud of than that of being an American citizen.”