The Floral Headdress and the Proverbial Turkey Leg

When I first decided to write a guest blog for The Top Ten of Anything and Everything, I didn’t know how difficult it would be to narrow it down to just ten photographs.  Having recently experienced how enthusiastic the people involved with Renaissance Faires are (my daughter was a supporting cast member for the New Jersey Renaissance Faire), I should have known that there would be a wide variety of photographs from all over the country at my disposal.  A Digital Renaissance Feast.  Somehow I managed to select ten.  If you enjoy these, I recommend visiting the websites and facebook pages of these photographs as well as any other Renaissance Faire in the country.  There is so much more to see.  If you have never been to a Renaissance Faire, check out the next faire in your area.  It will be a day well spent.

I originally titled the post “Top Ten Costumed People Seen at a Renaissance Faire” but then I found this little fellow on the facebook page of the Pennsylvania Renaissance Faire.  Chainmail is often seen in the costuming for Renaissance Faires and there is normally at least one vendor selling chainmail products and clothing.  The photographs that would depict the more common use of chainmail in clothing would remove the G rating of this post, so I will just leave that to your imagination. 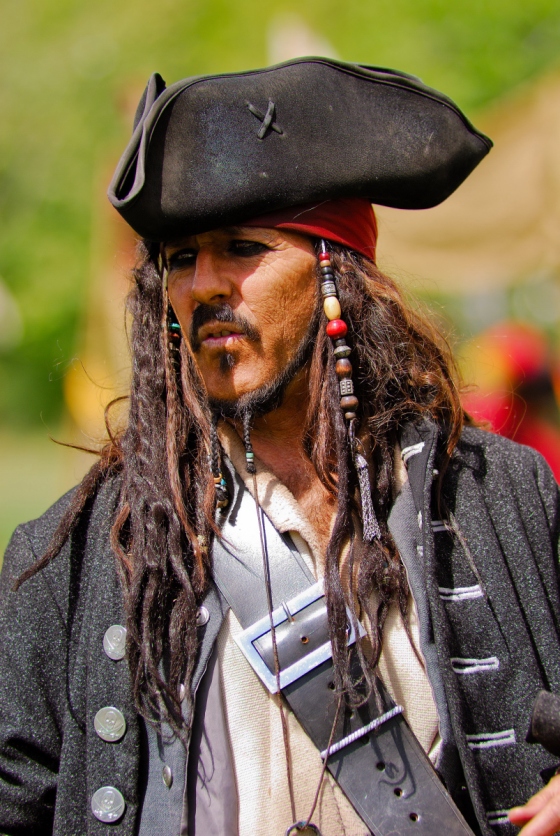 Pirates could always be seen at the Renaissance Faire and many faires have pirate themed weekends.  Ever since the series of movies that I don’t think I need to name, Jack Sparrow is a common visitor to the faires.  I bet this guy gets a lot of Johnny Depp groupies hanging around him.  Marc Krause who has several galleries at the source link, shared this photograph taken at the Escondido California Renaissance Faire in 2009. 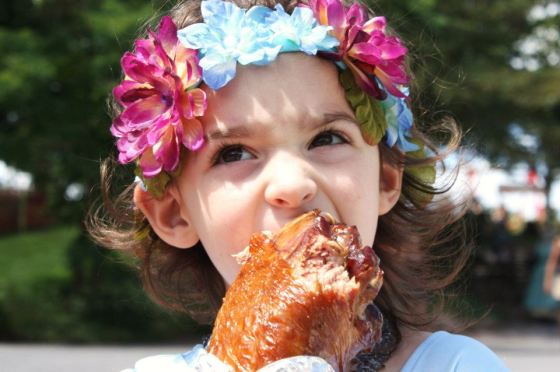 8 – The Floral Headdress and the Proverbial Turkey Leg

This photograph from the 2012 Pennsylvania Renaissance Faire , Carrington’s First Turkey Leg, was the winner of the Food Picture Contest. (picture taken by Courtney Henry).  Families are a big part of the atmosphere at the Renaissance Faire.  You can see many young 21st century girls transformed into maidens of the realm by putting a ring of flowers around their head.  Little boys just want a wooden sword.  There is nothing that says Renaissance Faire more than walking around eating a smoked turkey leg.  It is both lunch and part of the costume.

The Gypsies always add color to any Renaissance Faire and their dancing is thoroughly entertaining.  This photograph of the Gypsy Dance Theatre was taken at the Texas Renaissance Festival in 2010 by photographer Frank Kovalchek.  Whether it is gypsies dancing on stage or patrons dressed as gypsies, they could never sneak up on you because their costumes often have belts, bracelets or anklets with little bells which are used to keep away evil spirits.  Jingle Jingle.

Not everyone can be the Queen or even part of her court because after all she needs subjects to rule or step on :).  The peasants serve a purpose and most of the characters seen at a Renaissance Faire are of the peasant class.  This photograph is the Mongers of Saint Swithin from the Northern California Renaissance Faire.  According to the website, the Mongers Guild brings to life peasant class street vendors. These relentless and determined street merchants will attempt to sell anything. Whether it’s Pig’s ears, Chicken feet, or month old cabbage, these villagers of modest means will convince you that you need to buy it. They also perform each afternoon in the hilarious and bawdy faire classic, Pye Powder Court.

5 – Proper Ladies Must Wear Their Layers

Among the throngs of patrons visiting a Renaissance Faire, the well dressed ladies wearing all their layers is a site to behold.  This is often in temperatures above 90 degrees.  Marc Krause who has several galleries at the source link, shared this photograph taken at the Escondido California Renaissance Faire in 2008.  The photograph was too cute to pass up.

Every Renaissance Faire has some type of royalty and often it is Queen Elizabeth of England (Reign 1558-1603).  This photograph is Queen Margaret and King Edward Longshanks of England.  Each year in the magical land of Crossford, notable characters from history come forth through the forest which is filled with fairy magic to arrive at the New Jersey Renaissance Faire.  These royals were among this year’s arrivals. 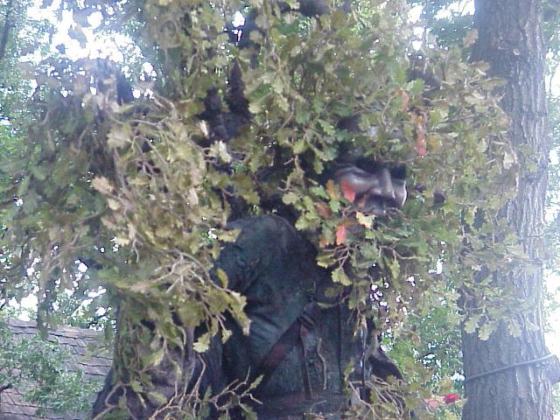 Now that is performance art.  This was a photograph of Arick d’Entremont from the facebook page of the Bristol Renaissance Faire in Kenosha, Wisconsin.  Talk about going green.  I wonder how long he had to stay in that position.  That is working hard for your craft. 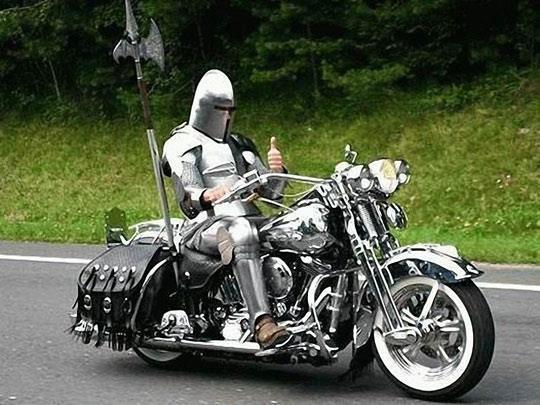 I knew when I started writing this post that knights would be included and be near number one.  I looked at so many wonderful jousting photographs and couldn’t decide between them.  When I found this unique take on a knight on the facebook page of the Bristol Renaissance Faire in Kenosha, Wisconsin, I decided this would be the one.  The Joust is an important event at a Renaissance Faire.  What’s better than a ancient battle of heros in heavy metal on horseback.  The crowd always goes wild.

This is not a cardboard cutout that you get your picture taken with.  He is real and he wasn’t the only extreme costuming I’ve seen at a Renaissance Faire.