On May 3, 1986, 54-year-old Willie Shoemaker, aboard 18/1 shot Ferdinand, becomes the oldest jockey ever to win the Kentucky Derby. The victory was just one of Shoemaker’s 8,833 wins, a record that stood until 1999, when it was broken by Laffit Pincay. 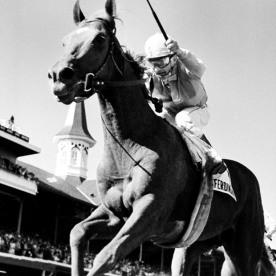 Jockey Willie Shoemaker raises his whip as he rides his mount Ferdinand to win the Kentucky Derby, May 3, 1986, at Louisville, Kentucky. 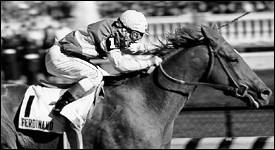 Bill Shoemaker’s victory in the 1986 Kentucky Derby aboard Ferdinand was one of the more memorable in a distinguished career.

William Lee Shoemaker was born prematurely on August 19, 1931, in the West Texas town of Fabens. He weighed just two pounds at birth, and doctors predicted he would not survive the night. Even as a full-grown man, “Shoe” was just 4 feet 11 inches tall and 98 pounds. 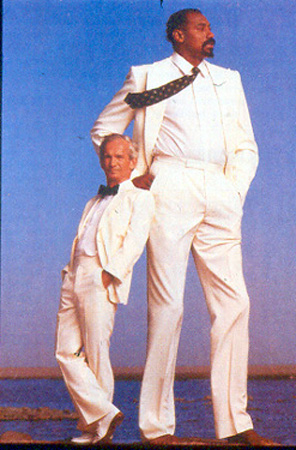 Shoemaker’s most famous run, however, was one he did not win. In the 1957 Kentucky Derby, he mistook the 1-16 mile marker for the finish line and stood up in celebration. He and his horse, Gallant Man, ended up losing the race by a nose. Shoe responded with characteristic calm, explaining to fans and reporters that the course had been changed and that he’d been confused by the lack of a finish marker.

After recovering from a broken leg that forced him to miss a year of racing, Shoe broke the career record for wins on September 7, 1970, passing Johnny Longden with his 6,033rd victory. Shoe’s last win, on horse Beau Genius, came nearly 20 years later on January 20, 1990, at Gulfstream Park in Florida. It was his 8,833rd win in 40,350 races. He collected nearly $123 million in purses in his 40-year career.

In 1991, the year after Shoemaker retired from racing, a single car drunk-driving accident left him paralyzed from the neck down. Though he was unable to walk, he retained his sense for horses and returned to training them from his wheelchair. Shoemaker died in his sleep on October 12, 2003, at his home in San Marino, California.