This Week in World War II – Peace In Our Time

PEACE IN OUR TIME 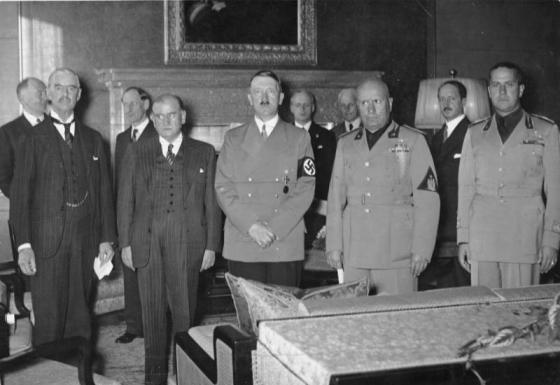 From left to right: Chamberlain, Daladier, Hitler, Mussolini, and Ciano pictured before signing the Munich Agreement, which gave the Sudetenland to Germany.

On September 30, 1938, Adolf Hitler, Benito Mussolini, French Premier Edouard Daladier, and British Prime Minister Neville Chamberlain sign the Munich Pact, which seals the fate of Czechoslovakia, virtually handing it over to Germany in the name of peace. Upon return to Britain, Chamberlain would declare that the meeting had achieved “peace in our time.”

These are the proverbial famous last words.  Chamberlain’s need for a reality check were addressed later in two publications.  First in 1938, Winston Churchill wrote While England Slept which served to build up opposition to the Munich Pact.  Later in 1940, John F. Kennedy’s Harvard thesis, Why England Slept examined the reasons behind England’s lack of preparation for war.

European powers ceded the Sudetenland portion of Czechoslovakia to Germany in the Munich Pact of 1938.

In short, the Munich Pact sacrificed the autonomy of Czechoslovakia on the altar of short-term peace-very short term. The terrorized Czech government was eventually forced to surrender the western provinces of Bohemia and Moravia (which became a protectorate of Germany) and finally Slovakia and the Carpathian Ukraine. In each of these partitioned regions, Germany set up puppet, pro-Nazi regimes that served the military and political ends of Adolf Hitler. By the time of the invasion of Poland in September 1939, the nation called “Czechoslovakia” no longer existed. 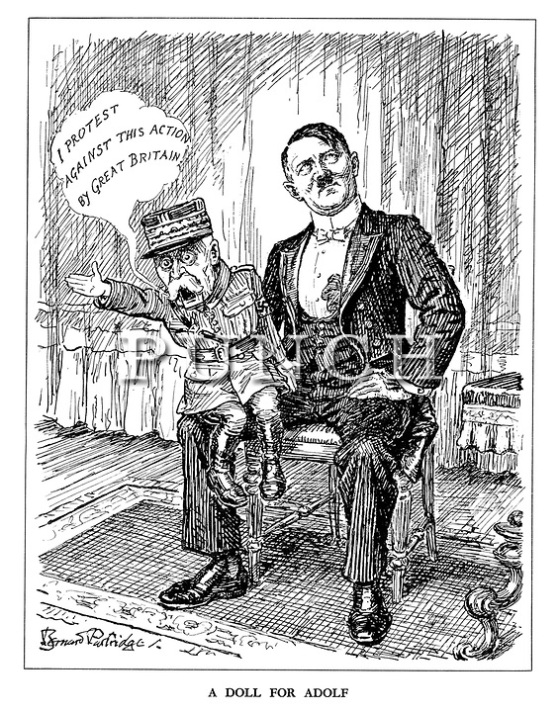 It was Neville Chamberlain who would be best remembered as the champion of the Munich Pact, having met privately with Hitler at Berchtesgaden, the dictator’s mountaintop retreat, before the Munich conference.

Chamberlain, convinced that Hitler’s territorial demands were not unreasonable (and that Hitler was a “gentleman”), persuaded the French to join him in pressuring Czechoslovakia to submit to the Fuhrer’s demands. Upon Hitler’s invasion of Poland a year later, Chamberlain was put in the embarrassing situation of announcing that a “state of war” existed between Germany and Britain. By the time Hitler occupied Norway and Denmark, Chamberlain was finished as a credible leader.

“Depart, I say, and let us have done with you!” one member of Parliament said to him, quoting Oliver Cromwell. Winston Churchill would succeed him as prime minister soon afterwards.