#AtoZChallenge – We Didn’t Start the Fire from A to Z: From Liberace to Lawrence of Arabia and Other L’s

WE DIDN’T START THE FIRE

FROM A TO Z

On September 27, 1989, the iconic song by Billy Joel,  We Didn’t Start the Fire hit the airwaves.  It was a history lesson set to music.  When you first heard the song, did you know or remember all the people places, things and events mentioned in the lyrics?  I sure didn’t.  Back in 1989 before the internet was something everyone had access to, my boyfriend (now husband) and I headed to the local public library and looked up all the historical references.  This month, for the A to Z Challenge, I am writing about that history.

Liberace has a popular 1950s television show for his musical entertainment.

In 1952, The Liberace Show (1952), a syndicated television program, turned Liberace into a musical symbol. It began as a summertime replacement for The Dinah Shore Show (1951), but after two years, the show was one of the most popular on TV. It was carried by 217 American stations and could be seen in 20 foreign countries. Sold-out live appearances at Madison Square Garden enhanced the pianist’s popularity even more. Soon, Liberace added flamboyant costumes and expensive ornaments to his already unique performances.

The Little Rock Nine was a group of nine African American students enrolled in Little Rock Central High School in 1957. Their enrollment was followed by the Little Rock Crisis, in which the students were initially prevented from entering the racially segregated school by Orval Faubus, the Governor of Arkansas. They then attended after the intervention of President Dwight D. Eisenhower.

The U.S. Supreme Court issued its historic Brown v. Board of Education of Topeka, Kansas, 347 U.S. 483, on May 17, 1954. Tied to the 14th Amendment, the decision declared all laws establishing segregated schools to be unconstitutional, and it called for the desegregation of all schools throughout the nation. After the decision, the National Association for the Advancement of Colored People (NAACP) attempted to register black students in previously all-white schools in cities throughout the South. In Little Rock, the capital city of Arkansas, the Little Rock School Board agreed to comply with the high court’s ruling. Virgil Blossom, the Superintendent of Schools, submitted a plan of gradual integration to the school board on May 24, 1955, which the board unanimously approved. The plan would be implemented during the fall of the 1957 school year, which would begin in September 1957.

Lebanon is engulfed in a political and religious crisis that eventually involves U.S. intervention

In 1958, during the last months of President Camille Chamoun’s term, an insurrection broke out, instigated by Lebanese Muslims who wanted to make Lebanon a member of the United Arab Republic. Chamoun requested assistance, and 5,000 United States Marines were briefly dispatched to Beirut on 15 July. After the crisis, a new government was formed, led by the popular former general Fuad Chehab. 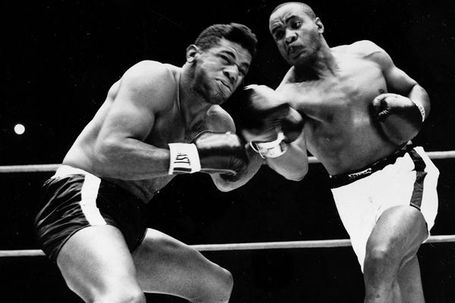 Liston beats Patterson: Sonny Liston and Floyd Patterson fight for the world heavyweight championship on September 25, ending in a first-round knockout. This match marked the first time Patterson had ever been knocked out and one of only eight losses in his 20-year professional career.

Lawrence of Arabia: The Academy Award-winning film based on the life of T. E. Lawrence starring Peter O’Toole premieres in America on December 16.

Lawrence of Arabia is a 1962 epic historical drama film based on the life of T. E. Lawrence. It was directed by David Lean and produced by Sam Spiegel through his British company Horizon Pictures, with the screenplay by Robert Bolt and Michael Wilson. The film stars Peter O’Toole in the title role. It is widely considered one of the greatest and most influential films in the history of cinema. The dramatic score by Maurice Jarre and the Super Panavision 70 cinematography by Freddie Young are also highly acclaimed.

The film depicts Lawrence’s experiences in the Arabian Peninsula during World War I, in particular his attacks on Aqaba and Damascus and his involvement in the Arab National Council. Its themes include Lawrence’s emotional struggles with the personal violence inherent in war, his own identity, and his divided allegiance between his native Britain and its army and his new-found comrades within the Arabian desert tribes. As well as O’Toole, the film stars Alec Guinness, Jack Hawkins, Anthony Quinn, Omar Sharif, Anthony Quayle, Claude Rains and Arthur Kennedy.

In 1991, Lawrence of Arabia was deemed “culturally, historically, or aesthetically significant” and selected for preservation in the United States Library of Congress National Film Registry