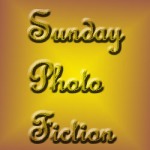 The Assignment: The idea of Photo Fiction is write a story of around 100-200 words (which is also called Flash Fiction) based on a photo as a prompt. In this particular photo fiction, the story must be based on the photo below. You can read stories posted by others or add you story by clicking on the link above.

Today I write a story to also fit in with my theme for the A to Z April Challenge which is World War II from A to Z.  My story is fiction; however a little bit of history was the basis for my story.  After you read my story, I hope you’ll stay to read about the history. 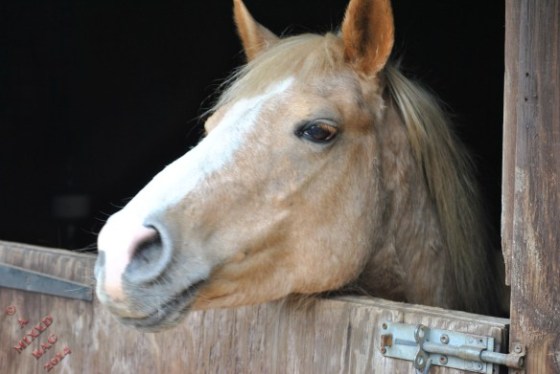 “Tomorrow all our training, that includes you, will finally be put to task.”

Sheba looked into her master’s eyes and whinnied.

“The 26th Cavalry Regiment has received its orders and tomorrow the Philippine Scouts ride against the Japanese who occupy Luzon. We’ll need to have each others back.”

Lieutenant Parker gave Sheba an apple. Whenever he could, he brought her an extra treat. Sheba has been by his side from before the war and he hoped they’d spend many more years together.

“Well I need to get some rest. I don’t know if I’ll be able to sleep but I have to try.”

Lieutenant Parker rubbed Sheba along her mane and left the stables.

The next morning as dawn was breaking, the Philippine Scouts of the 26th Cavalry Regiment mounted their horses and went to battle. They successfully repelled a unit of Japanese tanks in Binalonan, Philippines, held the ground for the Allied armies’ retreat to Bataan and charged in the town of Morong.

Late in the day as the sun was setting, Sheba looked around the battlefield. She no longer had a rider. Lieutenant Parker would come with treats no more.
___________________

The United States, the Second World War and Horses

The United States economy between the first and second world war quickly got rid of the obsolete horse: national horse stocks were reduced from 25 million in 1920 to 14 million in 1940. Nonetheless, the United States military was among the last nations to accept armored warfare and mechanize its troops.  By the 1940s cavalry units were gradually reformed into Armored Corps. Another novelty introduced at this time, the Bantam 4×4 car soon became known as the jeep and replaced the horse itself. Debates over the integration of armor and horse units continued through 1941 but the failure of these attempts “to marry horse with armor” was evident even to casual civilian observers. The office of Chief of Cavalry was eliminated in March 1942, and the newly formed ground forces began mechanization of the remaining horse units.

The only significant engagement of American horsemen in World War II was the defensive action of the Philippine Scouts (26th Cavalry Regiment). The Scouts challenged the Japanese invaders of Luzon, holding off two armored and two infantry regiments during the invasion of the Philippines. They repelled a unit of tanks in Binalonan and successfully held ground for the Allied armies’ retreat to Bataan.  This charge occurred at the town of Morong on 16 January 1942. Following this, due to a shortage of food, their mounts were butchered and the regiment was converted two squadrons, one a motorized rifle squadron, the other a mechanized squadron utilizing the remaining scout cars and Bren carriers.

In Europe, the American forces fielded only a few cavalry and supply units during the war. George S. Patton lamented their lack in North Africa and wrote that “had we possessed an American cavalry division with pack artillery in Tunisia and in Sicily, not a German would have escaped.”

You can read all about the use of horses in the Second World War including information about different countries HERE.