Do you know about the annual blogging event, Blogging from A to Z April Challenge.  I participated for the first time last year and plan on joining in again this year.  This year my theme will be World War II so I hope you visit my blog in April when I bring you World War II from A to Z.  You will be able to access the posts from a page dedicated to the challenge and also revisit my posts from the 2014 challenge.

On February 27, 1942, the U.S. Navy’s first aircraft carrier, the Langley, is sunk by Japanese warplanes (with a little help from U.S. destroyers), and all of its 32 aircraft are lost. 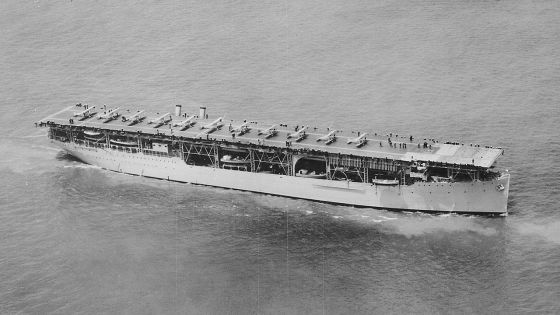 The Langley was launched in 1912 as the naval collier (coal transport ship) Jupiter. 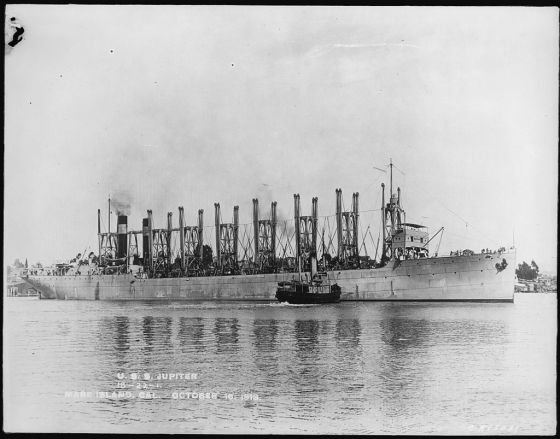 After World War I, the Jupiter was converted into the Navy’s first aircraft carrier and rechristened the Langley, after aviation pioneer Samuel Pierpoint Langley. It was also the Navy’s first electrically propelled ship, capable of speeds of 15 knots. 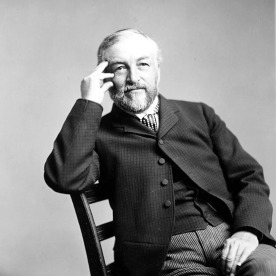 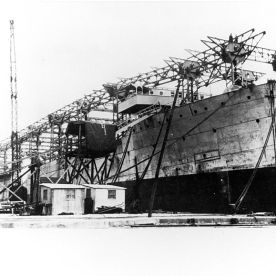 Although planes had taken off from ships before, it was nevertheless a historic moment. After 1937, the Langley lost the forward 40 percent of her flight deck as part of a conversion to seaplane tender, a mobile base for squadrons of patrol bombers.

On December 8, 1941, the Langley was part of the Asiatic Fleet in the Philippines when the Japanese attacked. She immediately set sail for Australia, arriving on New Year’s Day, 1942. On February 22, commanded by Robert P. McConnell, the Langley, carrying 32 Warhawk fighters, left as part of a convoy to aid the Allies in their battle against the Japanese in the Dutch East Indies. 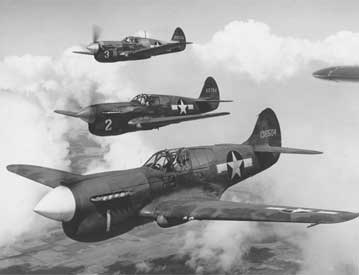 First flown in 1938 the single-seat P-40 Warhawk was available in large numbers when World War II started, making it one of the most important fighters

On February 27, the Langley parted company from the convoy and headed straight for the port at Tjilatjap, Java. About 74 miles south of Java, the carrier met up with two U.S. escort destroyers when nine Japanese twin-engine bombers attacked. 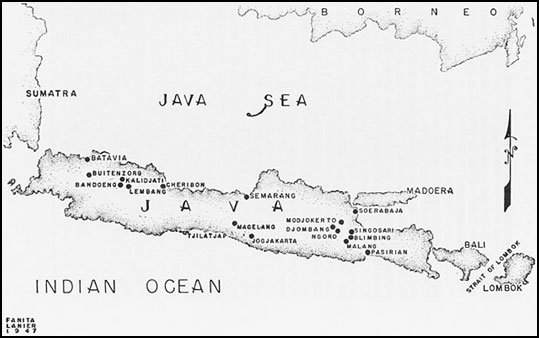 Although the Langley had requested a fighter escort from Java for cover, none could be spared. The first two Japanese bomber runs missed their target, as they were flying too high, but the Langley‘s luck ran out the third time around and it was hit three times, setting the planes on her flight deck aflame. The carrier began to list. Commander McConnell lost his ability to navigate the ship. McConnell ordered the Langley abandoned, and the escort destroyers were able to take his crew to safety. Of the 300 crewmen, only 16 were lost. The destroyers then sank the Langley before the Japanese were able to capture it. 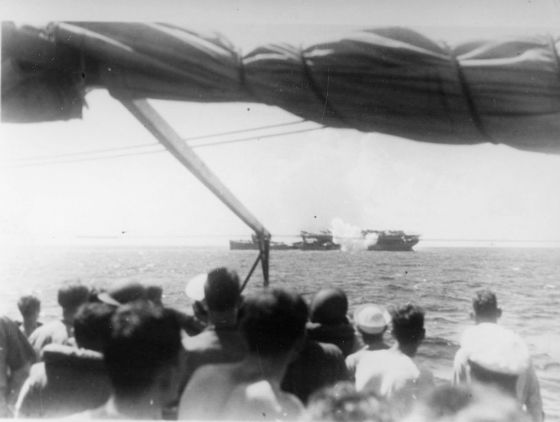