What Happened on February 18th – The No Nothings

On February 18, 1856, the American Party, also known as the “Know-Nothing Party,” convenes in Philadelphia to nominate its first presidential candidate. 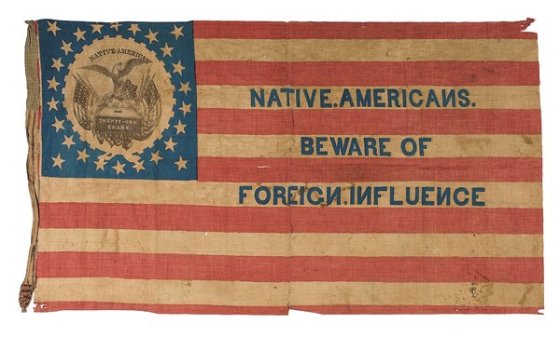 The Know-Nothing movement began in the 1840s, when an increasing rate of immigration led to the formation of a number of so-called nativist societies to combat “foreign” influences in American society. Roman Catholic immigrants from Ireland and Italy, who were embraced by the Democratic Party in eastern cities, were especially targeted. 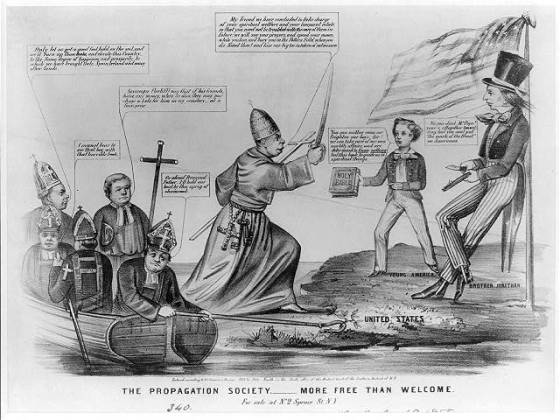 In the early 1850s, several secret nativist societies were formed, of which the “Order of the Star-Spangled Banner” and the “Order of United Americans” were the most significant. When members of these organizations were questioned by the press about their political platform, they would often reply they knew nothing, hence the popular name for the Know-Nothing movement. 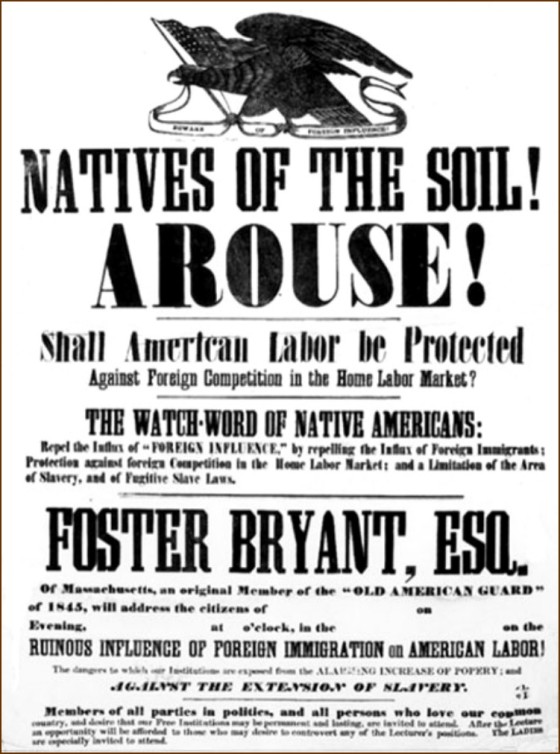 In 1854, the Know-Nothings allied themselves with a faction of Whigs and ran for office in several states, calling for legislation to prevent immigrants from holding public office. By 1855, support for the Know-Nothings had expanded considerably, and the American Party was officially formed. In the same year, however, Southerners in the party sought to adopt a resolution calling for the protection of slavery, and some anti-slavery Know-Nothings defected to the newly formed Republican Party.

On February 18, 1856, the American Party met to nominate it first presidential candidate and to formally abolish the secret character of the organization. Former president Millard Fillmore of New York was chosen, with Andrew Donelson of Tennessee to serve as his running mate. In the subsequent election, Fillmore succeeded in capturing only the state of Maryland, and the Know-Nothing movement effectively ceased to exist.

Posted by Maryann Holloway on February 18, 2015 in History, politics and tagged American Party, No Nothing Party, Order of the Star-Spangled Banner.