This story today is written for a writing challenge hosted by Adam Ickes.  Welcome to Storybook Corner, a monthly flash fiction prompt held on the 21st of each and every month.

The challenge, for those of us who choose to accept it, is to write a story based on the prompt provide below.  The goal is to end up with a story with a beginning, middle, and end that falls anywhere between 300 and 500 words in length.  Make every word count, but don’t fret too much if you can’t hit the word count. Sometimes stories refuse to be constrained. Sometimes those are the only stories worth telling.

Try to read as many of the other stories as you can in the time you have available. We all work hard on our stories and like to share our work with as many readers as possible.  Here is linky tool to view other stories and add yours.

I enjoy writing multi-part stories, so my story continues this month.  To read the story from the beginning, start HERE.

This month’s prompt is the following image: 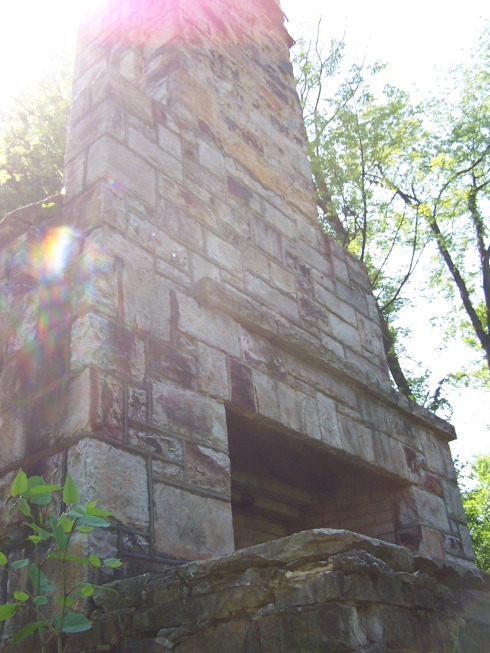 “Two days ago while the villagers were gathered in the village center to celebrate the harvest, this metal disk appeared under the feet of our mayor. We heard a loud cackling laugh coming from the outdoor furnace and what I think was a troll step out of the furnace.”

“We thought the manhole was out of place too. I’m Joe and this is my wife, Kelsey.” Joe looked at Pierre and decided to delay his introduction.

“I’m Aidan. If you didn’t slay the troll, I am not sure the villagers should come out.”

Everyone looked around and inspected the outdoor furnace. To Joe the furnace was certainly very old but otherwise ordinary.

“We’ve been in the village a few hours and we haven’t see another living being until you,” said Joe.

“We’ve been searching the village and haven’t seen a troll,” said Pierre.

“This is Pierre. I was shocked when I heard him talk too.”

“It’s not the talking. Wildlife can often speak around here. It’s that you appear to be friends. There are still villagers alive today that remember the toad wars that nearly wiped out the village. I suggest you put Pierre in your pocket for the time being.”

“There doesn’t appear to be a troll here now. What is our plan?” said Kelsey.

“Let the villagers go back to their homes. Invite some of them to form a planning group. We’ll need to set up an around the clock watch for the troll,” said Joe.

Aidan went back down the manhole and explained what was happening to the Mayor and the rest of the villagers. Soon the grateful people were coming up and filing passed the newcomers. As the villagers filed passed, Aidan pulled some of them aside and asked them to return to the village center in about an hour.

Later as some of the villagers gathered in the village center, some of them began to form a circle facing out to keep watch for the troll. Joe addressed the crowd.

“I’m Joe and this is my wife, Kelsey.” Pierre squirmed in Joe’s pocket. “We’re not from around here. We still don’t know how we came to be in your village. Aidan tells me that this is the year of our Lord 1560. Before yesterday, my wife and I lived in the year of our Lord 2014. We were walking through the woods and after a bright flash of light, we were in this time and place.”

The gathered villagers seem to take what Joe said without question. Joe wondered if strange occurrences were part of life here.

“Are we going to hunt the troll?” yelled a large bearded man. Many of the other villagers joined him.

Aidan had difficulty getting the villagers under control. Pierre climbed from his pocket jail and returned to Joe’s shoulder. When the villagers saw the toad, there was a collective gasp and they fell silent.

Come back next month, to see how the story unfolds.